The ‘Good War’ Isn’t Worth Fighting

Rory Stewart writes about Afghanistan in a series of New York Times op-ed articles on the most formidable issues facing the new president.
Posted by maxie1218 at 12:28 PM 2 comments: 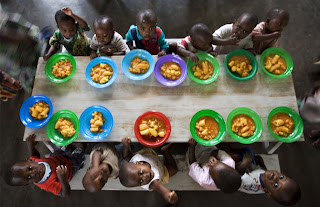 The above photo was one of many published in The Boston Globe.  Doctors Without Borders launched these photos in conjunction with a multimedia event to bring attention to the humanitarian crisis in Congo.
Posted by maxie1218 at 12:59 PM 4 comments:

My reflections of Dexter Filkins at the Dekalb Public Library, October 2, 2008

I am looking for a word to call this. Ordinarily, I would call it a "review," but somehow, I don't think a person who has spent the last five years in a war zone needs my "review." Maybe I can call it my "reflections," since I'm over a month tardy in writing it, and the word reflect suggests looking back.

I attended a presentation on October 2 at the Dekalb Public Library by Dexter Filkins, author of THE FOREVER WAR.

As I was waiting for the talk to begin, I started reading the book. In the first chapter, Dexter wrote about attending a public execution and amputation in a sporting arena in Afghanistan 10 years ago, so I knew from the start this was not a book to read before going to bed. Nightmare city. But it was real.

Dexter opened his talk by telling the same chilling story. As I looked over the crowd, I could see the looks on people's faces go from a pleasant welcome for Dexter to grim.

Dexter shared photos by James Hill, whom he'd traveled with for months in Afghanistan and Iraq. The photos were magnificent. I wanted to jump out of my chair and be there...until Dexter would unfold a story that would usually end in death.

For instance, the funky-looking old man with a beret...who turned out to be not the local artist but a war lord. And the truck load of men that looked like they were going to work on some sort of desert farm...but were really prisoners that were crying out for water in several different languages; they were dead within hours.

The two sisters in burkas were cute. I pray they are still alive and safe.

I sat there and wondered, with all the beauty and majesty of this land how could such human atrocities be happening?

The only negative thing I could say was Dexter kept telling us he was going to be brief and not talk for long. I wished I could say to him, Dexter, people were jumping through hoops to get there and hear you. Don't be brief!

Also, at the risk of not seeming to take the subject seriously enough, I must say, Dexter is easy on the eyes. He also has a very cute personality.
Posted by Mavis at 6:24 PM 1 comment:

In late August, Dexter Filkins went back to Iraq, and while he was there the New York Times posted two Q&A sessions he did. They were very interesting:
Part One   Part Two
Then in September, he wrote a long article for the Times about the changes in Iraq since he left:
Back in Iraq, Jarred by the Calm
Posted by Mavis at 3:46 PM No comments: 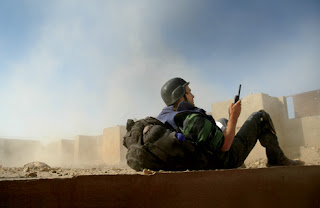 Vanity Fair has an amazing piece that explores the "day-to-day toll - the infighting, isolation, and near-death experiences - of covering the most important story no one wants to read about."  The author of the article, Seth Mnookin, focuses in on the New York Times's Baghdad bureau (there is a small mention of CNN's Michael Holmes) and talks with John F. Burns, Dexter Filkins, and others.
The above photograph of Dexter Filkins was taken by Ashley Gilbertson in 2004.
Posted by maxie1218 at 11:59 AM 4 comments: 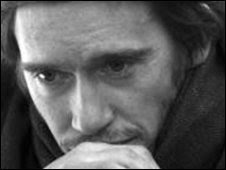 Spies, soldiers, diplomats and ordinary people who have lived through Afghanistan's decades of turmoil (including Rory Stewart and former CIA man Michael Scheurer) speak to Alan Johnston, the BBC's former Kabul correspondent.
Posted by maxie1218 at 7:28 AM 2 comments:

Dexter Filkins writes about taking timeout from war to watch his "beloved team from Miami." The article appeared in this Sunday's edition of the New York Times, Play Magazine.
Posted by maxie1218 at 6:09 AM 6 comments:

Richard Engel back in Sadr City

I am always amazed by the paints on the blast walls and Sharon sent me some very interesting links about these walls: NYT's article, LA Times's, a slide-show on BBC News site and a MSNBC video. Many thanks to her.
Posted by Delie at 2:01 AM 1 comment: 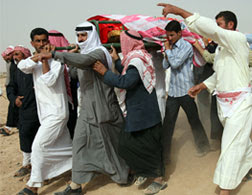 Fred Kaplan, from Slate, has written an excellent piece about the October 26 air raid in Syria, which killed eight people.  He argues that this marks "a new escalation of the war on terror...one with limited payoffs and astonishingly high risks".
How much more damage will be inflicted before January 20, 2009?
Posted by maxie1218 at 7:31 AM No comments: