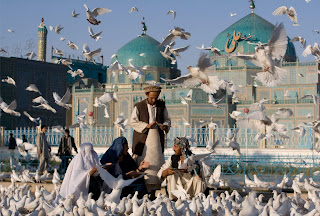 Impressive and heartbreaking images of Afghanistan appeared on The Boston Globe website. They are part of a new regular feature on the Big Picture: a monthly focus on Afghanistan. You can view all the photos here.
Posted by maxie1218 at 4:12 PM 3 comments: 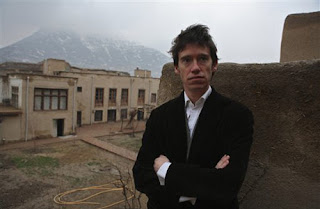 Rory Stewart, director of the Carr Center for Human Rights Policy, appeared on Bill Moyers Journal to talk about an alternate strategy for the international community in Afghanistan. Stewart argues that the stated goals for Afghanistan of routing the Taliban, banishing Al-Qaeda, and restoring a functioning government are unrealistic. He believes that the U.S. should deploy a much smaller force devoted to stopping al-Qaeda from rebuilding a base in Afghanistan rather than risk provoking a public backlash against any presence.
Regardless of what President Obama may personally desire, Stewart states that political and electoral pressures will likely compel him to deploy more troops. You can watch the video and read the transcript here.
Posted by maxie1218 at 4:50 PM 3 comments:

I'll Kill You If You Speak 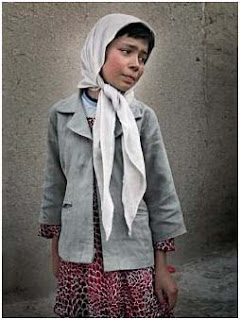 I'll kill you if you speak, this article by Imma Vitelli appeared in Vanity Fair, Italy edition. It tells the story of Civita an 11 yr. old Afghan girl who two years ago was abducted and raped by her neighbor, a military commander. He put a gun to her head and told her he would kill her if she told anyone. Also she is being threatened with death by warlords in Kabul. There is a follow up article, United for Civita, which has an outpouring of support from readers who want to help her as well as other Afghan victims of brutality. Here is a rough Google Italian-English translation of the original article and the United for Civita article.
Civita, photo by Yuri Kozyrev
Posted by Sharon at 1:33 PM 2 comments:

Atia Abawi reports on how some Afghan women who have been considered property, are now getting help. The video version is below and you can read her report here.

Anderson Cooper hosted a panel discussion about Afghanistan on AC360 last night with guests Michael Ware, Peter Bergen, and Rory Stewart. If you're looking for a clue as to what the US should do now... these guys know the score:
Posted by Cyn at 6:00 PM 3 comments:

Calculations of War: Which Risk is Reasonable

Clark Hoyt, the Public Editor of the New York Times has written an editorial in response to criticism directed at reporter, Stephen Farrell for venturing into dangerous territory in pursuit of a story in Afghanistan. The debate has been prevalent in the British press, where they went as far as questioning whether Farrell had been "too grand" to take a safer route and embed with the British or American military. Hoyt brings up an excellent point about how embedding does not always eliminate the risk.

Personally, I abhor a recent headline in The Daily Mail of London which read "Journalist's lust for glory and a risk too far." However, I have mixed feeling about the risk that reporters take. There is a definite need to venture into these dangerous areas of the world to fully understand a story, and I am in awe of reporters that do this. At the same time, the price to pay for such a story could be the reporters and crews lives. As Hoyt aptly puts it, "...even with the best precautions, covering war can exact horrible costs.
Posted by maxie1218 at 5:53 AM No comments:

The Globe and Mail reporter Jessica Leeder has a video series called Behind The Veil An Intimate Journey into the Lives of Kandahar's Women.
Posted by MWmcFan at 8:41 AM 1 comment:

CNN's Atia Abawi travels with one of my favorite author's, Khaled Housseini, as he visits internally displaced Afghans.

The New York Times has published Stephen Farrell's account of his four-day ordeal. It appears on their blog "At War, Notes From the Front Lines".
Posted by maxie1218 at 5:29 PM No comments:

John Burns on Those Who Aid War Journalists 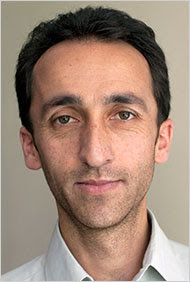 "Behind these deaths lie complex and highly emotive issues for those of us who have traveled to war zones for the Times and other news organizations, involving our responsibilities for the lives of the locally employed people who make it possible for us to operate in faraway lands -- interpreters and reporters like Sultan Munadi (pictured left), but also drivers, security guards and domestic staff members; altogether, in the case of The Times, at least 200 people in Iraq and Afghanistan over the years of those two wars."
You can read John Burns full blog entry here.
Posted by maxie1218 at 3:10 PM No comments:

The last post from Sultan Munadi appeared in the New York Times website on September 2, 2009. Munadi was the New York Times interpreter kidnapped along with Stephen Farrell, and killed in the military raid in Afghanistan which freed Farrell. In this heartbreaking post, Mundai explains why he would never leave Afghanistan.
Posted by maxie1218 at 5:54 AM 2 comments:

The New York Times has an article on Stephen Farrell, who was recently kidnapped by the Taliban and then freed by a military raid that killed his Afghan interpreter, Sultan Munadi, a British commando, and Afghan civilians.
David Rohde, a New York Times reporter who recently escaped after seven months of captivity, also had the opportunity to work with Mr. Munadi and called him an "extraordinary journalist, colleague and human being."
You can read the full article here.
Posted by maxie1218 at 4:38 AM No comments:

Starting next week for the anniversary of September 11th, CNN's Anderson Cooper will anchor "AC360" from Afghanistan. Dr. Sanjay Gupta will be embedded to deliver reports on field trauma surgery, while Peter Bergen and Michael Ware will provide analysis and field reports.
Looking forward to the reports and coverage. Stay safe all!
Posted by maxie1218 at 5:54 AM No comments: 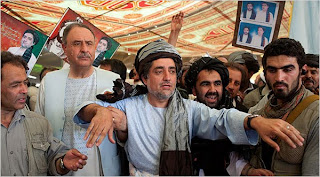 In today's New York Times, Dexter Filkins writes about a big election allegation in Afghanistan. In one district there is charge of forging 23,900 ballots: "The accusations by Mr. Bartz, and several other tribal leaders from Shorabak, are the most serious allegations so far that have been publicized against Mr. Karzai's electoral machine, which faces a deluge of fraud complaints from around the country." You can read the full article here.
Posted by maxie1218 at 5:26 AM No comments: