Joao Silva, a world-reknowned conflict photojournalist now working for The New York Times, has been severely wounded while embedded with American troops in Afghanistan. Silva is one of the two surviving journos who were nicknamed "The Bang-Bang Club" while covering South Africa's break from apartheid. Dexter Filkins filed this article about the incident:

Below is one of Silva's photographs taken in Iraq during a sniper attack on American forces:
Posted by Cyn at 7:34 AM No comments:

Cal Perry to speak in Fredericksburg 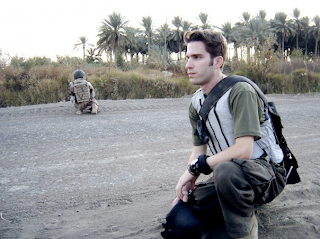 Former CNN Baghdad Bureau Chief Cal Perry will speak at the University of Mary Washington on Wednesday from 4:30 until 6 p.m. The public is invited to attend.
The speech will be in Room 109 of a trailer called Annex A, which is next to George Washington Hall. Perry’s appearance is hosted by the Department of Classics, Philosophy & Religion and the Middle Eastern Studies Program.
Perry’s talk is titled “Covering the War in Iraq: American Journalism and Coverage in the Middle East.”
Former CNN Baghdad bureau chief to speak at UMW
Posted by Cyn at 11:59 AM 2 comments: 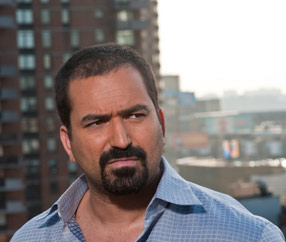 Nir Rosen has a new book coming out, and it sounds like a definite must-read. Check out the reviews on the website. Then order it!
Posted by Cyn at 12:13 PM No comments: