'Witness to War' sees a team of six CNN correspondents (Atia Abawi, Stan Grant, Nic Robertson, Reza Sayah, Michael Ware and Ivan Watson) provide an unique, first-hand account of the horrors of conflict - from civil war, to the war on terror and the recent offensive in the Swat valley - in the border region between Afghanistan and Pakistan.

The unparalleled one-hour documentary allows them to draw on their years of experience living and working in the region, as they answer several critical questions, including: What effect does the ever-present violence have on people's psyches? What danger does the constant conflict pose to the world? And, how difficult is it to report from a region where journalists are often targets?

They also investigate the human cost of conflict, discussing the stories they covered and the people they met that most profoundly affected them. They look at the reality of life in refugee camps, examine how children are impacted by the instability, and perhaps most importantly, discuss whether there’s any hope for the future.

More about this new CNN documentary and correspondents' interviews here.

No word yet as to whether it might air on CNN Domestic, but it might not hurt to send an email via the Contact Us page to ask for it!
** Update - August 4 **
CNN/US will air Witness to War on Saturday, August 8, at 8pm ET (1st airing).
More about this special and all the videos.

The Irresistible Illusion by Rory Stewart

In the London Review of Books, Rory Stewart argues that Beltway foreign-policy thinkers are “minimising differences between cultures, exaggerating our fears, aggrandising our ambitions, inflating a sense of moral obligations and power, and confusing our goals” when it comes to Afghanistan.
Posted by maxie1218 at 8:33 AM No comments:

Afghanistan: A War We Cannot Win by Rory Stewart 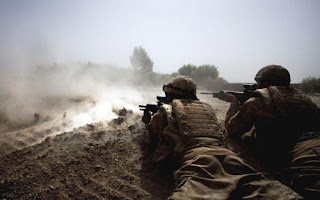 In a recent editorial in the UK's Telegraph, Rory Stewart argues that the threat posed by al-Qaeda is exaggerated and the West's vision of a rebuilt Afghanistan flawed.
Posted by maxie1218 at 5:36 AM 1 comment: 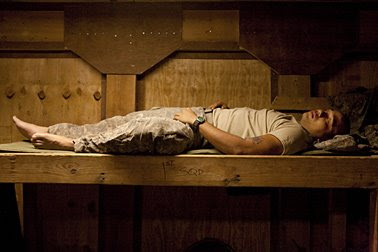 Interesting article in PDN about Tim Hetherington's latest photo/video display and how it came about. The work in "Sleeping Soldiers" is from his trips to the Korengal Valley with Sebastian Junger.
(Tip for this goes to Dispatches Magazine, visit them online or follow them on Twitter, @dispatches_mag .)
Posted by Cyn at 12:30 PM No comments: