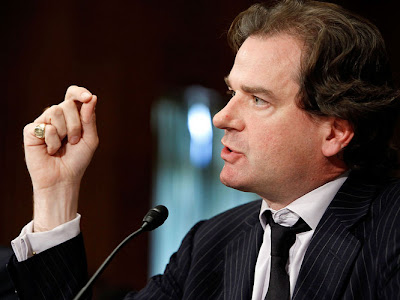 Peter Bergen appeared on NPR's Fresh Air to talk about President Obama's decision to send more troops, the Taliban and its connection to al-Qaida, and the state of security now. You can listen to the audio and read a synopsis here.
Posted by maxie1218 at 5:35 AM No comments: 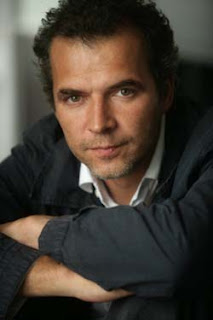 A very insightful interview with Yuri Kozyrev by Anton Marakhovsky for Nikon Russia, Sept. 2009. In this incredible article Yuri talks about his intense experiences working as a conflict photographer in many war zones. He reveals some of the dangerous encounters he has had including his imprisonment by the Mujahideen in Afghanistan in 1991.
Many stunning photographs by Yuri Kozyrev are included in this article.
Photo of Yuri Kozyrev by Sergei Art
Posted by Sharon at 12:32 AM 1 comment:

Just wanted to give a plug to a new blog on CNN called "Afghanistan Crossroads." Launched yesterday, it will feature on-the-ground reports, video, analysis, etc., from some of our favorite war journos.
The direct link to the blog is http://afghanistan.blogs.cnn.com/
Posted by maxie1218 at 9:16 AM 1 comment:

Nir Rosen has an excellent article about Afghanistan in the Boston Review. The seering conclusion:

Afghanistan should have been easier. Eight years after overthrowing the Taliban—the world’s most detested and backward regime, which provided no service to its people—the United States has restored many brutal warlords the Taliban expelled. The authority the United States established is a failure, corrupt and brutal. Americans and their allies manage to kill innocent civilians, and the Taliban have once again become attractive to many Afghans. A few tens of thousands of troops will not turn things around.

President Obama’s stated goal in Afghanistan is to disrupt, dismantle, and defeat al Qaeda. Why, then, did McChrystal argue for fighting the Taliban and remaking Afghanistan? Why has Obama agreed? Assuming that al Qaeda will set up bases in Afghanistan recalls predictions that Saddam Hussein would give his imaginary weapons of mass destruction to al Qaeda. It assumes that the Taliban are irrational and unaware of their interests. And it rests on much more fundamental assumptions, too: that al Qaeda is a significant threat to the United States and that the best way to reduce the threat is by attacking the movement itself.

The attacks on September 11, 2001 were tragic and criminal. They were painful for the victims and their families and a shock to a powerful, arrogant, and proud nation blissfully unaware that it was so resented.

But beyond the terrible murders, the attacks themselves had little impact on the American economy or way of life, though the response at home and abroad changed everything. Al Qaeda used its “A-team” on that day to attack a slumbering nation. Can a few hundred angry, unsophisticated Muslim extremists really pose such grave dangers to a vigilant superpower, now alert to potential threats?

Al Qaeda is not determined to do evil for the sake of evil. It is a movement that won support, to the extent that it has, in response to America’s imperial excesses. Many of the popular grievances and resentments it mobilizes—including U.S. support for the Israeli occupation of Palestine and for friendly dictators—are legitimate, even if killing American civilians is a heinous means of addressing them. The resentments were not produced by al Qaeda’s ideology. They have existed for decades. The causes have remained the same, though the discourse used by those who fight imperialism has changed from secular to religious. Addressing these problems at their roots would do much more—for Afghans and for us—than sending in the military once more to do the work of decent politics.

Although Yuri Kozyrev is still a war photojournalist and is headed back to Iraq in the next few weeks, his latest project along with his NOOR colleagues has been to document the devastating effects of climate change on people around the world. In Yuri's case he went to Karabash and the Yamal peninsula and has put together a video with a series of photos and voice-over explanation in English of his experiences for this documentary. The video will be shown along with all his NOOR colleagues videos next week at the United Nations Climate Change Conference in Copenhagen.
Posted by Sharon at 10:28 AM 2 comments: 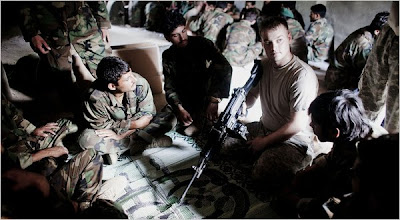 "In laying down the gauntlet for the Afghans, President Obama is setting criteria for success that he and his field commanders may be able to influence, but which ultimately they will not be able to control."
You can read Dexter Filkins fanalysis on President Obama's speech here.
Posted by maxie1218 at 5:35 AM No comments: 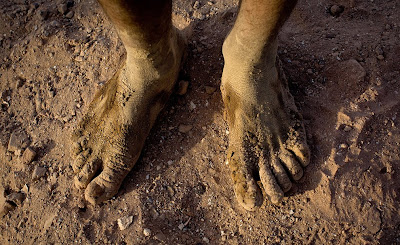 The Boston Globe's "Big Picture" has updated their blog with the November 2009 images from Afghanistan. You can view all the remarkable images here.
Posted by maxie1218 at 6:33 PM No comments: