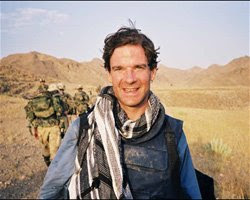 CNN National Security Analyst, Peter Bergen, wrote an Op-Ed for the New York Times last week, reassuring readers that the US is indeed protected against Al Qaeda driven terrorist attacks within our borders. (Outside of our borders is another story.) It's a prime example of reasoned, measured and logical thought processes. Which, let's be honest, can be somewhat lacking in "The Media".
You can read it here.
So, if you've been worried about a major attack with in the US during the Obama administration's transition; if Peter is correct, consider this article a reassuring pat on the back. Thanks, Peter. Would you like a Christmas cookie? (No snark, I've got cookies everywhere.)
Posted by mebz72 at 10:10 AM 1 comment: 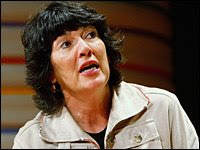 Christiane Amanpour was interviewed on NPR's Fresh Air to talk about her new documentary, Scream Bloody Murder.  She hit on several other topics including her rise at CNN, the news business, and CNN's recent coverage of Mumbai.  The link to the full audio interview can be found here.
Posted by maxie1218 at 5:25 AM No comments:

Aaron Rockett, film director of the documentary "The Fixer - Afghanistan Behind the Scenes" was the guest of CNN's International Correspondents, last week:

I really invite you to check the website of this documentary...
Posted by Delie at 4:30 AM No comments:

Ivan Watson talked by phone on BackStory, yesterday, about his car bombed in Baghdad :

More about this news on NPR website (phto gallery and video).
A live chat is also planned with Ivan Watson, today, Tuesday Dec. 2nd, at noon EST, on NPR website. You can read/send your questions here.
Posted by Delie at 5:05 AM 2 comments: