The Big Picture - Conflict in Pakistan 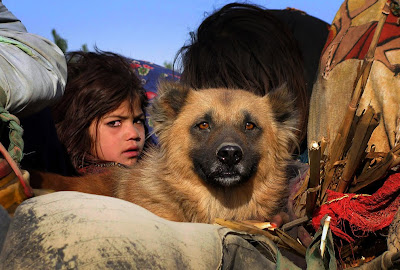 More from The Boston Globe's Big Picture, incredible images from the conflict in Pakistan.
Posted by maxie1218 at 6:42 AM 1 comment: 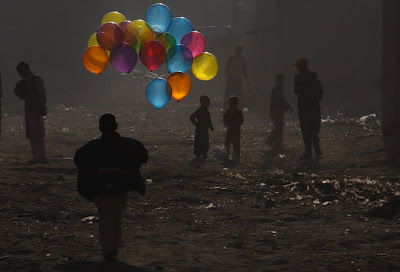 Part of an ongoing series from The Boston Globe's Big Picture, images of Afghanistan collected over the past month.
Posted by maxie1218 at 6:34 AM No comments: 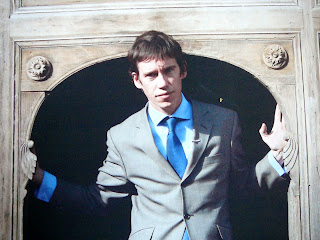 Rory Stewart appeared on TSR yesterday to share his perspective on Afghanistan. Here is the transcript of Wolf's interview with Rory:

WOLF BLITZER, CNN ANCHOR: My next guest has a unique perspective on Afghanistan. Rory Stewart literally walked across the country as part of a 6,000-mile journey from turkey to Bangladesh. He served as a coalition deputy governor in Iraq. He's now a professor at Harvard's Kennedy school of government. Rory Stewart is joining us now. Rory, thanks very much for coming in.

BLITZER: The president's been meeting today, as you know, on what to do next in Afghanistan. We expect a decision soon. "The New York Times" columnist this week Tom Friedman suggested maybe it's time to start getting out of Afghanistan. Tom Ricks, the Pulitzer Prize winning writer says it's time to build up and give it some more time. You've suggested, correct me if I'm wrong, maybe it's one option would be to muddle through. What does that mean?

STEWART: Of course I don't say that we should muddle through. What I'm saying though is we need to see Afghanistan in a strategic context which means we need to treat it as a very long-term venture. We need to understand that we have to protect U.S. national security. We should be doing things for the Afghan people, but we should be doing it in affordable and realistic fashion because the major threat that we're really going to face in Afghanistan over the next five to ten years is going to be that people will get fed up and withdraw and that's such a fragile traumatized country that if you were suddenly to go from troop increases to withdrawal and from engagement to isolation you'd probably leave the situation much worse than you found it.

BLITZER: So if you're President Obama right now or one of his top advisers, what do you do in the short term? He's got to make a decision pretty soon.

STEWART: I'm afraid that President Obama faces a massive political problem. He has boxed himself in. If he didn't intend to send more troops, he should not have allowed General McChrystal to write that report. So probably for political reasons I think President Obama will feel forced to send those troops, so we now need to think two to three years into the future because those troops won't remain forever, and we need to define what a long-term strategy would look like, and I would say it would involve saying there is a terrorist threat from Afghanistan, and we need to keep a few troops there to deal with it. We do have obligations to the Afghan people and we should be generous with our development side, but more broadly we should realize that Afghanistan is not the be all and end all. There are many more important countries in the world and we should have a generous flexible attitude towards Afghanistan and should not put all our eggs in one basket.

BLITZER: You're hearing there are 68,000 U.S. troops, part of a bigger NATO operation in Afghanistan right now, but he should accept General McChrystal's recommendation for political reasons to dispatch another 40,000 U.S. troops to Afghanistan, is that what you're saying?

BLITZER: Here's what one of your critics Andrew Exum from the Center for New American Security who participated in General McChrystal's review said in the new republic in an article that was just published. "I think the first 22 pages of the McChrystal assessment of the war in Afghanistan were more grounded in evidence- based reality than Rory's was. That's not to say he's delusional, just that he has a very limited view of Afghanistan and operations there." I don't know if you know Andrew Exum but I wonder if you want to respond.

STEWART: Yeah. My response is that what we need to bear in mind, and I have lived in Afghanistan and I don't want to get into a fight with Andrew about this, but I have spent the last three and a half years living on the ground there and as you've said I've walked across the country but it's not about expertise, it's about trying to understand what our limits are. We need to be realistic about what the U.S. military, what the state department, what developing nations can do in a country as poor and fragile and as traumatized as Afghanistan. My guess is that we tend to overestimate our own capacity, overestimate our ability to transform other people's countries, and my guess is that if we're going to look back at this in 20 years time we will realize that we made a mistake, that we tried to do things that we couldn't do. The problem with Andrew's argument and with all these arguments is not that they are not trying to do good things. It would great if we could create a wonderfully stable legitimate effective state in Afghanistan and if we could defeat the Taliban. The problem with it is that we can't and we've got to be more realistic about our own power and our own capacity.

BLITZER: Explain how your walk across Afghanistan, that 600-mile journey that took place back in 2002 or 2003 I believe, but explain how that informed your current decision-making, your current thinking on what to do in Afghanistan.

STEWART: It's more of an intuitive thing, but what I discovered on that journey, of course, is -- and I was sleeping in village houses night after night staying with different families is that those communities are very isolated. They are probably more conservative, more anti-foreign than we like to acknowledge, and their priorities are such that they don't like the Taliban very much, but they certainly don't like the Afghan police and in many ways they don't like foreign soldiers either. We're really fighting for the imaginations of Afghans. We're trying to get them to believe in the Afghan government, and those things are moral, they are political. They are religious. They are not things connected with how many boots you've got on the ground directly and they are not really connected with how much money we spend. In fact, unfortunately, they are connected with things over which the United States and its allies have relatively little influence.

BLITZER: Thanks very much, Rory Stewart, for coming in.

Dexter FIlkins appeared on MSNBC to discuss Ahmed Wali Karzai's involvement in the opium trade and his ties to the C.I.A. Thanks to Sharon for the link!

Visit msnbc.com for Breaking News, World News, and News about the Economy

Brother of Afghan Leader Is Said to Be on C.I.A Payroll

Dexter Filkins contributed to an in-depth article about Ahmed Wali Karzai (pictured above), the brother of the Afghan president. According to the article, Karzai "a suspected player in the county's booming illegal opium trade, gets regular payments from C.I.A, and has for much of the past eight years...The agency pays Mr. Karzai for a variety of services, including helping to recruit an Afghan paramilitary force that operates at the C.I.A.'s direction in and around the southern city of Kandahar, Mr. Karzai's home."
You can read the full article here.
Posted by maxie1218 at 9:36 AM No comments:

A Reporter's Tale of Ambush And Captivity 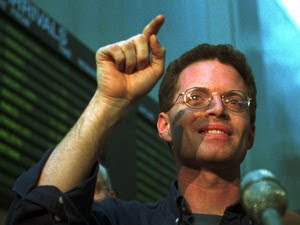 New York Times reporter, David Rohde gave a thirty-eight minute interview today to NPR's Fresh Air host, Teri Gross. Teri Gross is a skilled interviewer and it was really interesting to hear David Rohde talk about his kidnapping and captivity. You can hear the full audio interview here.
Posted by maxie1218 at 7:28 PM No comments: 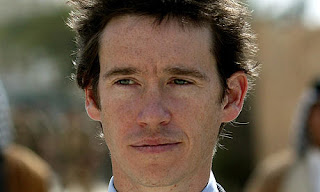 For those of you have not heard, Rory Stewart - the former foreign civil servant, writer, and academic tutor - beat five other candidates to win selection to the safe Conservative seat of Penrith and the Border. You can read details of the win and reaction from Rory Stewart in a recent Guardian article. Stewart will be busy getting to know everyone in his constituency; but let's hope he continues to share his invaluable perspective and knowledge of modern war zones to the world.
For more on Rory Stewart, The New Republic profiles him in an article by Jason Zengerle. Thanks to Mary for the tip!

Arwa Damon posted a great tweet this morning with respect to the two bombings in Iraq:
"More than 130 killed in Iraq, 2 gov't bldgs - when will govt stop playing 'things are returning to normal' political games?"
You can follow Arwa Damon on Twitter here. You can also read more about Arwa Damon on her CNN bio page.
Posted by maxie1218 at 7:11 AM No comments:

The Great American Arm-Twist in Afghanistan 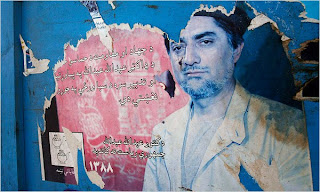 In today's New York Times, Dexter Filkins discusses the events surrounding President Karzai's decision to accept the revised vote totals and a second round of election. He writes:
"Eight years after the American-led coalition pushed the Taliban from Kabul, democracy in Afghanistan is still a very fragile thing. So fragile, indeed, that the deadlock last week seemed to raise fundamental questions about the wisdom and direction of the American-led project here."
You can read the full article here.
Posted by maxie1218 at 5:52 AM No comments: 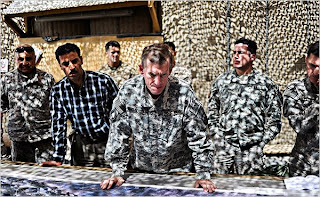 Is it just too late - politically and militarily - for General Stanley McChrystal to win in Afghanistan? Dexter Filkins takes this question to task in his cover story for the New York Times, Sunday Magazine. There is also a 10 minute audio interview with Dexter at the same link, titled "The Takeaway With Dexter Filkins."
Posted by maxie1218 at 7:07 AM No comments:

Held by the Taliban: 7 Months, 10 Days in Captivity 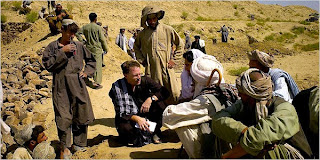 David Rohde, a New York Times reporter who was held 7 months in captivity by the Taliban in Pakistan, is finally giving a detailed account of the events surrounding his kidnapping, months in captivity and final escape. This is the first installment of a five-part series. The second installment, "Inside the Islamic Emirate," will appear in the Monday NYT's print edition.
The articles are based on Mr. Rohde's recollections and, where possible, records kept by his family and colleagues.
Posted by maxie1218 at 3:13 PM 5 comments:

Rory Stewart was part of the PBS Frontline special "Obama's War". You can watch the full program online or read the transcript of Rory Stewart's interview here.
Thanks Cyn for the tip!
Posted by maxie1218 at 7:11 AM No comments:

More about MSNBC's Tip of the Spear 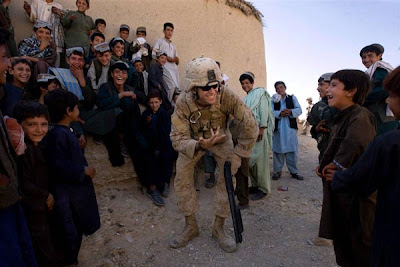 More about "Tip of the Spear" can be found on this special MSNBC web page: archives, latest videos, articles, blogs and slideshows. Videos of Richard Engel's recent appearances on many NBC shows are available on this page. He was also Charlie Rose's guest on Oct. 7th.

Two Arguments for What to Do in Afghanistan


In a recent article for Time.com, Peter Bergen and Leslie Gelb agrue two different options for Afghanistan: "Give it Time" and "Turn it Over." You can read both of their arguments here.
Posted by maxie1218 at 6:02 PM No comments:

Special "Tip of the Spear" on MSNBC 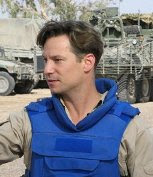 A one-hour special documentary “Tip of the Spear” will be aired on Sunday, Oct. 11th (8pm ET), based on Richard Engel’s NBC Nightly News series.

This special includes never-seen-before footage of firefights, an interview with a Taliban commander and a special behind-the-scenes material.

More info in this World Business News article.
Posted by Delie at 6:14 AM 1 comment: