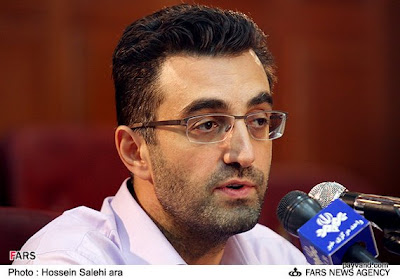 On Sunday's GPS, Fareed Zakaria spoke with Maziar Bahari, the Newsweek reporter who was detained in Iran after the election protests and spent 118 days in jail there. It was an incredible interview and a stark reminder that the dangers journalists face are not just from guns and bombs.
CNN has not posted the full interview on its own, but the podcast of the entire program is available and the Bahari interview is the first segment. Apparently his Iranian interrogators told him that Fareed is a CIA agent and also used a clip from The Daily Show as "evidence" that Bahari was meeting with spies while in Iran.

Dexter Filkins writes about the rise of the militias in Afghanistan and the the American hope that they will encourage a demoralized Afghan population to take a stake in the war against the Taliban.
"The American and Afghan officials say they are hoping the plan, called the Community Defense Initiative, will bring together thousands of gunmen to protect their neighborhoods from Taliban insurgents. Already there are hundreds of Afghans who are acting on their own against the Taliban, officials say."
You can read the full article here.
Posted by maxie1218 at 5:34 AM No comments:

There is a wonderful, moving Op-Ed piece on CNN.com that asks why the mainstream media is not sharing more of the soldiers' stories, both while in the battle zone and after returning home. It was written by a man who has written/directed a movie about the men and women who perform the notifications to families of those killed in battle, and it raises important issues. After describing a visit to a wounded soldier at Walter Reed Hospital, he says:

In room after room, our delegation encounters stories of war that are just not a part of the national conversation. I keep thinking: Whatever happened to the telling of these stories in America? Do we need a Washington lobbyist to push the soldier's-story agenda?

Individual tales make up the reality of war; anecdote by anecdote, they become the truth of combat. But in the U.S. mainstream media, they have too little presence. How did we get to a place where sharing a soldier's narrative or reading soldiers' names on television or meeting their coffins when they are brought back to their country becomes a political or disloyal act? Why can't we share the truth about war?

Definitely worth a read. The article is here.
Posted by Cyn at 11:31 AM No comments: 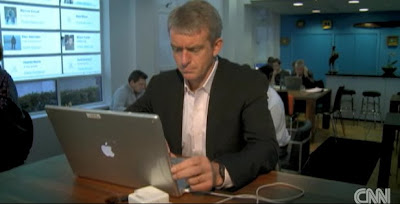 Nic Robertson and Paul Cruickshank have a documentary coming up on International on November 15th titled The Jihadi Code. There are a couple long articles and a clip available on CNN.com: New jihad code threatens al Qaeda

The code itself is very interesting, and since it was developed by former hard-core terrorists, maybe it will get some traction.

Part of the code reads: "Jihad has ethics and morals because it is for God. That means it is forbidden to kill women, children, elderly people, priests, messengers, traders and the like. Betrayal is prohibited and it is vital to keep promises and treat prisoners of war in a good way. Standing by those ethics is what distinguishes Muslims' jihad from the wars of other nations."

Not exactly a standard that al Qaeda and other terrorist groups are upholding...
Posted by Cyn at 9:50 AM No comments: 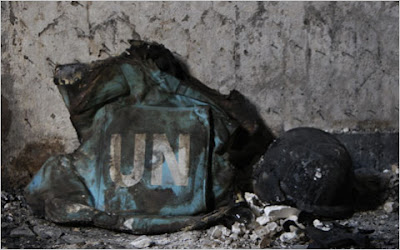 Dexter Filkins gives an intelligent comparison and picture of the war in Iraq versus the war in Afghanistan, in a post for the "At War" blog.
Posted by maxie1218 at 12:47 PM No comments:

Pardon me for using the blog to make an unpaid public service announcement... but please take a moment to check out IAVA's events next week to honor our veterans and then publicize, participate, and make sure our troops know how much we appreciate their service.
Posted by Cyn at 10:35 AM No comments:

CNN to air "Killings At The Canal"

Anderson Cooper 360 reports Killings At The Canal: The Army Tapes, a powerful and provocative four-part series about U.S. soldiers who were convicted of murder on the battlefield. The series runs over four nights beginning Tuesday, November 10th, and concludes Friday night, November 13th.

Three sergeants used their service pistols to execute four Iraqi men they had in custody who they believed were insurgents. Questions have emerged: On the battlefield, is murder a crime? And is the Army's policy on detainees realistic for its soldiers in the battlefield?

While many were focused on the outcome of the presidential election, courts-martial were underway at a U.S. Army base in Germany. Ultimately three army sergeants were found guilty of the execution-style murders of the four Iraqis their 13-man unit had detained. The soldiers were certain the Iraqis were insurgents who had been shooting at them. But under Army rules for holding detainees, they knew they could not meet the burden of proof -- and they feared the suspects would be released only to be shooting at soldiers again. So the sergeants made a decision: bypass the detention center, take them to a canal, and kill them.

Anderson Cooper 360 also obtained almost 24 hours of interrogation footage which includes a confession from one of the sergeants.

In the series, investigative correspondent Abbie Boudreau and senior investigative producer Scott Zamost also shine a light on the U.S. Army's policy about how to handle detainees, a policy that was a response to the abuses of Abu Ghraib. Some say it puts an undue burden of proof on U.S. soldiers.

Karzai Rival Says He is Withdrawing From Runoff

Dexter Filkins and Alissa Rubin have an article in the New York Times about the recent news that Abdullah Abduallah, the chief rival to President Karzai, will withdraw from the Nov. 7 Afghan runoff election. Filkins and Rubin write: "Before Mr. Abdullah's announcement, American and other Western diplomats said they were worried that a defiant statement by Mr. Abdullah could lead to violence and undermine Mr. Karzai's legitimacy, and they were urging him to bow out gracefully."
You can read the full article here.
Posted by maxie1218 at 5:30 AM No comments: 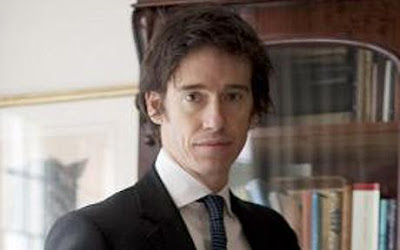 The UK's Telegraph has an editorial/commentary on Rory Stewart today. The opening paragraph is as follows:
"Britain doesn't make men like Rory Stewart any more. The former diplomat has trekked 6,000 miles across Asia; at 28, wrote a best-selling book, The Places in Between, about the walk; was governor of a province in Iraq at 29; and last year, as well as becoming a Harvard professor, was hailed by Esquire magazine as one of the 75 most influential people of the 21st century. Brad Pitt has already bought the rights to his biopic. And he's only 36."
You can read the full article here.
Posted by maxie1218 at 4:50 AM 1 comment: